While the European election campaign is already struggling to interest the EU electors, another “election” of crucial importance for the governance of Europe is regrettably overlooked by the medias and thus, by the EU citizens. Indeed, as Jean-Claude Juncker already announced he will not run for a second mandate, a new President of the Commission should be picked among the lead candidates or “Spitzenkandidaten” taking into account the outcome of the EU elections of May 26, 2019. Unfortunately, if too little attention has been given to this “election” it is probably because of the lack of transparency in the designation process. In fact, there is no guarantee that any of those lead candidates will become the next Commission President.

The role of the EU Commission President

Before the 2014 EU elections, the President of the Commission was appointed by mutual agreement between the Heads of State and Government of all EU Member States (composing the European Council). The EU Parliament had only the possibility to approve or disapprove the choice made by the European Council by a vote. Consequently, the designation of the President of the Commission was often the result of closed-door negotiations between Member States.

– 2014: The emergence of the “Spitzenkandidat” principle

In 2014 the first election since the entry into force of the Lisbon treaty (2009) took place. For the first time, the European elections have clearly impacted the Commission President’s designation. Indeed, pursuant to a loose interpretation of Article 17 § 7 of the Lisbon Treaty stating that the appointment must “take into account the EU elections”, the EU Parliament has put forward a new designation system: the so-called “Spitzenkandidat” process.
The “Spitzenkandidat” or lead candidate procedure in a nutshell: The transnational parties in Europe, a grouping of national parties coming together according to their ideology such as the European Peoples Party (EPP, centre-right) or the Progressive Alliance of Socialists and Democrats (S&D, centre-left), determine who will represent them as lead candidate or “Spitzenkandidat” in the European elections. Following the results of the EU elections, the “Spitzenkandidat” who can secure a majority governing coalition in the European Parliament (353 MEPs) will become European Commission President if approved by the European Council (Heads of national governments and states).
With such designation process the votes of the EU citizens determine the choice of the EU Commission President. In fact, the EU electors when voting for a national candidate will indirectly give their vote to the “Spitzenkandidat”, the lead candidate of the trans-national party to whom the national candidate is affiliated to and provide a chance for the lead candidate to be appointed as President of the Commission, in case of success. It must also be noted that the prerogatives of the EU Parliament emerge as very noticeably strengthened by this new procedure when compared to its role in the designation process before 2014 [2].

– 2019: towards an open conflict between the European Council and the EU Parliament

As shown by the turmoil following the EPP victory in the 2014 elections and the difficult nomination as Commission President of its lead candidate, Jean-Claude Juncker [3], it is an understatement to say that the European Council has not fully adopted the “Spitzenkandidat” idea. Heads of State and Government are divided on this point and many are still reluctant to leave this prerogative to the EU Parliament/citizens as they clearly want to keep the hand on this key designation.
President Macron, a long-term opponent of the “Spitzenkandidat” idea, reiterated his opposition to this principle at the informal EU summit held in Sibiu, Romania beginning of May 2019. Mr. Macron’s fear, shared by a number of other leaders from outside the bloc’s main centre-right (EPP) and centre-left (S&D) political families, is that the lead candidate process would squeeze out candidates who are not from the two biggest pan-European parties [4].
German chancellor, Angela Merkel, who was rejecting in February 2018 any automaticity in the Commission president’s appointment process appears to have changed her mind probably because the lead candidate of the EPP for the 2019 elections, Manfred Weber, belongs to the CSU, the sister party of her own party, the Christian Democratic Union (CDU). She has publicly endorsed Mr. Weber on May 18 in Zagreb, Croatia declaring that « Manfred Weber will be a good Commission President because he stands for a Europe of people in which a national and a European identity are not a contradiction »[5]. It is however unclear how much the German chancellor is ready to fight for Mr. Weber in case of an open conflict with other EU leaders on this question and following the 2019 elections.
While the EU Member States appear to be divided on the “Spitzenkandidat” principle, the EU Parliament has, to the contrary, demonstrated great unity defending their interpretation of the Lisbon Treaty on this question. Meeting in plenary session in February 2018, the members of the European Parliament (MEPs) have reaffirmed their commitment to the “Spitzenkandidat” process [6]. In the ongoing power struggle with the European council the MEPs have announced on this occasion that they would reject any non-lead candidates proposed by the European Council as Commission President. A position supported by MEPs on all sides of the political spectrum.
The European Parliament and the Council stand their ground and there is no assurance that the lead candidate emerging from the 2019 EU elections will obtain the presidency of the Commission. The days after the EU elections will see a race for control of the process that will pit the pan-European parties against EU leaders, who will discuss the issue at a special summit on May 28 [7].

A clear need for more transparency, personification and eventually… democracy

The risk involved in the European Council disregarding the vote of the EU electors and following the elections, appointing a candidate who does not belong to the winning pan-European party, would again provide a top evidence of the lack of democracy in the EU and undoubtedly increase the gap between the EU citizens and their institutions.
That being said, it must be pointed out that the “Spitzenkandidat” process includes certain weaknesses and is not an end in itself but rather is instrumental to achieving further democracy within the EU system.
This process can certainly be improved and would only be legitimate when explicitly endorsed in the EU Treaties. This would avoid any confusion following the EU elections and would make any contestation impossible providing transparency to the whole EU democratic system.
Perhaps more importantly, the process should be further explained and put forward to the EU citizens. Indeed, the EU electors while voting for their national candidates should be able to identify the lead candidate for the Commission presidency they are indirectly voting for. This is certainly not the case today. For instance, French electors vote for their favorite national candidate and usually do not know to which pan-European party they belong to (if so) and even fewer know who is the lead candidate of this trans-national party, the so-called “Spitzenkandidat”. To remedy this, an idea would be to systematically associate the lead candidate to all campaign advertising promoting the national candidate, e.g. to include EPP lead candidate Manfred Weber and the EPP logo to all publicity made around the French-affiliated candidate Francois-Xavier Bellamy (French party “Les Républicains”, right-wing) or include Frans Timmermans and the S&D logo to the French-affiliated parties “Parti Socialiste” and “Génération.s le mouvement” (left-wing) advertising campaigns.
The debate held in Brussels on May 15, 2019 opposing the lead candidates to the Commission presidency and broadcasted by more than 20 public service media channels from throughout Europe is surely a step forward towards a better understanding of the “Spizenkandidat” process by the EU voters.
However, important issues remain to be addressed to make the lead candidate process optimal and thus, fully democratic. The problem raised by Mr. Macron concerning the national parties which do not belong to any pan-European group remains unsolved. The idea of a trans-national list of candidates was proposed by Mr. Macron’s party but was rejected by the European Parliament [8].
Besides, it is still unclear whether EU citizens are ready to vote for a lead candidate whose nationality is different from their own. There is no guarantee that EU citizens will not turn towards lead candidates sharing the same nationality thinking that they would better defend their interests during their mandate. This, despite the fact that the chosen “Spitzenkandidat” does not share the same political ideas.
Finally, perhaps the biggest obstacle to the adoption of the “Spitzenkandidat” process is EU leaders’ fear of a loss of leadership with the emergence through the lead candidate process of a President of the Commission whose democratic legitimacy is built on a broader electoral base than their own as being pan-European and not simply national.
If the “Spitzenkandidat” principle will not solve EU’s democratic deficit issue by itself, it is certainly a step forward towards more democracy and once refined, it could contribute to make more attractive EU elections to the European electorate.

Damien Sabathié is a French IP/IT lawyer living in Munich. Damien studied law in Paris, Budapest, Maastricht and Strasbourg where he obtained his two Master of Laws degrees from the Center for international Intellectual Property Studies (CEIPI). He has a special interest in the technologies’ impact on geopolitics and EU matters 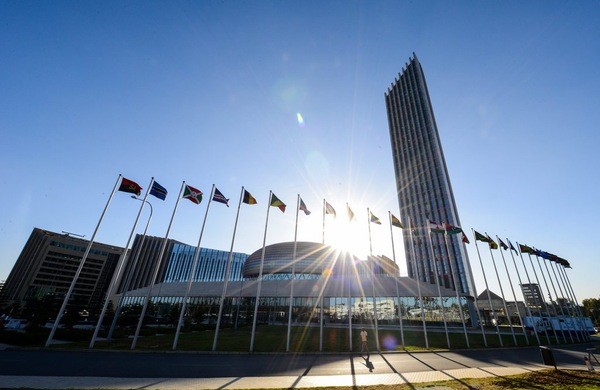 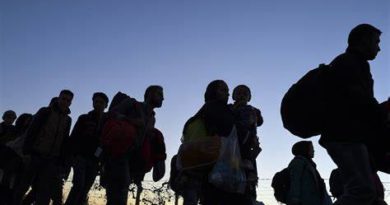